You see it so often on your news feed. A headline something like this –

Researchers have found that 70% of road accidents happen within 5km of the drivers home.

“It appears that as drivers leave or approach their home they pay less attention to their driving. Perhaps because they are thinking about something that happened before they left or are looking forward to relaxing at the end of a hard day.

Motorists would do well to bear this in mind and be particularly observant when near home.”

What’s wrong with that? It’s not the statistics that are lying, it is simply that they have not been properly interpreted. Why? 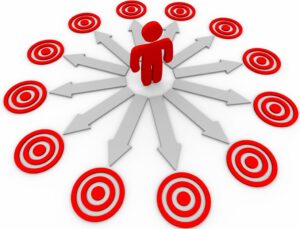 Here’s another one that I saw –

Rooibos found to cause cancer!

“Scientists at the University of Michegan have found that rats that have been given daily injections of the equivalent of 20 cups of rooibos are 30% more likely to get cancer than those in the control group that received injections of pure water.

They warn that regular drinkers of rooibos are at more risk than people who prefer water.”

I like this one best, although it is only anecdotal.

Man smuggles a bomb onto a plane!

“A passenger was caught trying to smuggle a small bomb onto a plane. When challenged he said that he is a statistician at the State University. His research had shown that the chances of this plane carrying a bomb was 1 in a million, but the chances of it carrying 2 bombs was 1 in a trillion, so he figured that if he carried a bomb on board, he would be much safer.”

There are numerous examples of distortion of statistics to “prove” a point.

Be careful who you believe!

© Gallagher Combined School. All Rights Reserved. 2022
Back to top